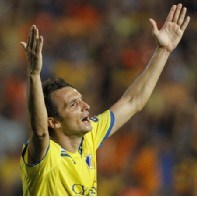 Gustavo Manduca scored one and created the 75th-minute winner for Ailton as the hosts recovered from conceding to Konstatin Zyryanov against the run of play.

Zenit were dealt another setback when Bruno Alves was sent off for a second yellow card with 14 minutes to go, but they piled on late pressure and might have snatched a point had Viktor Fayzulin’s shot gone in rather than hit the bar.