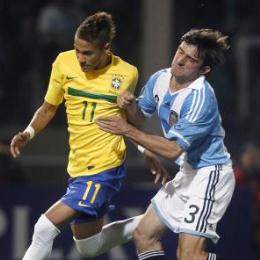 Ronaldinho failed to inspire Brazil to a win over rivals Argentina on Wednesday as the South American giants played to a drab 0-0 draw.

The first of two friendly games between the two failed to catch fire with both teams fielding second-string sides made up of home-based players.

Argentina went close in the first half through Mauro Boselli while Brazil’s Damiao momentarily lifted the gloom in the 77th minute when he hit the crossbar after some superb close control.