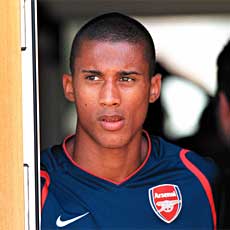 Birmingham’s hopes of signing Arsenal left-back Armand Traore on loan in time for the opening Barclays Premier League game of the season at Manchester United has been dashed by Arsenal manager Arsene Wenger.

It is believed that Blues boss Alex McLeish has been tracking Traore for several weeks in the hope Wenger would allow him to move to St Andrew`s. However it has been revealed that Wenger will not decide whether or not to allow Traore to leave until the end of the August transfer window.

Therefore McLeish will now pursue other options although he said that he may renew his interest in Traore at the end of the month if he becomes available.