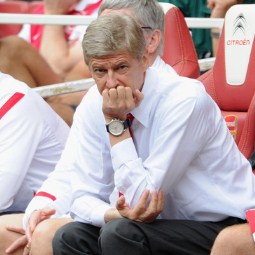 Arsenal’s early-season troubles continued with a 2-0 defeat to Liverpool at the Emirates Stadium in the Premier League.

With the match still goalless when Emmanuel Frimpong was sent off with 20 minutes remaining, an Aaron Ramsey own goal and a strike from Luis Suarez secured the points for the visitors.

The win means the Gunners have taken just one point from their first two league games of the season, and are still awaiting their first domestic goal of the new campaign. It brings to an end a miserable week for the club which has also seen Cesc Fabregas finally leave for Barcelona.

Liverpool’s first league win away to Arsenal in 11 years put them top of the Premier League table ahead of Saturday’s other matches.