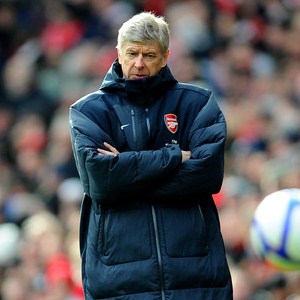 A late and contentious penalty from Cesc Fabregas spared Arsenal embarrassment with a 2-1 win at home to Huddersfield in the fourth round of the FA Cup.

After Nicklas Bendtner went down very easily under Jamie McCombe’s challenge, substitute Fabregas rolled the ball into the bottom right 86 minutes into a topsy-turvy clash that saw Arsenal reduced to 10 men on 40 minutes when Sebastien Squillaci was shown a straight red card.

An own-goal from Peter Clarke had put Arsenal ahead, with a trademark Alan Lee header levelling midway through the second half.

Arsenal now remain the only club with a possibility of winning four major trophies, in the final of the Carling Cup and still in with a shout for Premier League and Champions League titles.