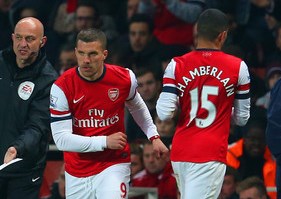 Wilfried Bony is the first player in 11 Premier League matches to score in the first half against Arsenal at home.

This is the first ever league draw between Arsenal and Swansea after ten games. Arsenal have won five and Swansea four.

This is the sixth time in seven matches that the away side in Arsenal vs Swansea matches have scored twice.

Flamini’s 90th minute own goal is the ninth goal in the last 10 minutes of matches between Arsenal and Swansea, in just their last five games against each other. Transfer Mega Spending Sure To Continue – Arsenal’s Per Mertesacker