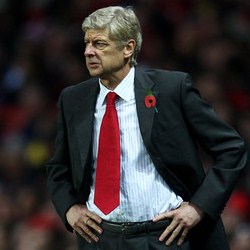 On Friday the Dutchman received the Player of the Month prize and an award to mark his success in becoming the first player to reach 10 league goals. Such is his brilliance at present, it came as no surprise when he started in pursuit of the 20 mark after 22 minutes of this match against the Baggies.

Though unable to become the first player in Premier League history to score two or more goals in four consecutive matches, Van Persie still teed up Thomas Vermaelen and then Mikel Arteta for subsequent goals as the Gunners made it nine wins in 11 games in all competitions.

Arsenal stay in seventh place following the victory but are now level on 19 points with Liverpool in sixth and Tottenham in fifth, though Tottenham have two games in hand. West Brom are 13th with 11 points.