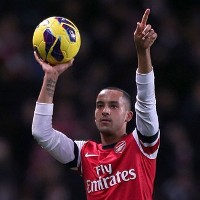 Theo Walcott gave Arsene Wenger yet another reminder of his goal-scoring talents as he bagged a stunning hat-trick to sink Newcastle in a ten-goal thriller at the Emirates Stadium.

Wenger had talked up Walcott as the next Thierry Henry yesterday, and the England forward – still to pen a new deal with the club – did little to disprove that idea today, scoring three excellent goals and setting up two more to give Arsenal the win that ensures they will end 2012 in fifth place, two points behind Chelsea and three adrift of Tottenham with a match in hand.