Arsenal are set to sign Mesut Ozil from Real Madrid for £46m. 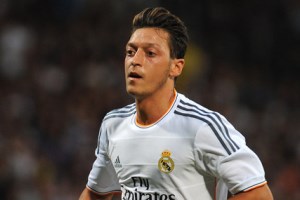 The German international midfielder has reportedly agreed personal terms with the North London club, with the deal set to be tied up ahead of the transfer deadline on Monday night.

His arrival would represent a triumph for Arsene Wenger, whose ambition in the transfer market has been called into question after failing to spend a single pound this summer.

As well as a club record fee, Ozil would be likely to collect around £180,000 a week in wages. Jose Mourinho on verge of joining Chelsea after Madrid Exit