Reports are out claiming that Arsenal have struck personal terms with Juventus striker Mirko Vucinic. 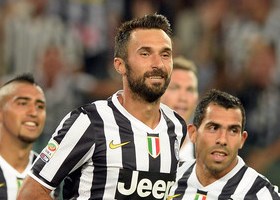 Tuttosport reported that Arsenal are close to agreement about a six-month loan for Vucinic, who would arrive independent of their pursuit of Schalke midfielder Julian Draxler.

Tottenham chief Franco Baldini is also in contact, but accepts they’ll only become an option for Vucinic if Arsenal fail to reach agreement with Juve.

Juve are already in talks with Southampton for Dani Osvaldo, who would arrive as a direct replacement for Vucinic.

Arsenal Not Interested In Selling Joel Campbell To Olympiacos