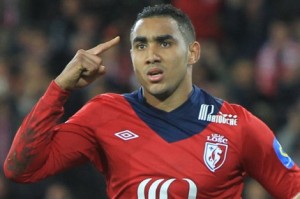 The exciting and versatile French attacker may not be in the mold of the big-money, marquee arrivals many Gunners fans are expecting this summer. But he certainly fits the profile of a classic Arsene Wenger signing.

The Arsenal chief has regularly plundered his homeland for several hidden gems during his time in North London. Emmanuel Petit, Thierry Henry, Robert Pires, Bacary Sagna and Laurent Koscielny are some of Wenger’s notably successful raids on Ligue 1.

Payet could easily be another. The dynamic 26-year-old perfectly suits Arsenal’s system and structure of play. He is quick and creative-minded, with an eye for goal. Payet netted 12 times and made 11 assists last season.

He formed part of one of the most prolific front threes in European football during 2012/13. Payet is exactly the type of intelligent, fluid-moving forward Wenger covets for Arsenal’s 4-2-3-1 formation.

He is particularly adept at attacking from the flanks. He has enjoyed most of his success on the left and that is where he might fit best for the Gunners.