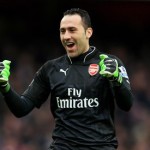 It has been reported that Arsenal have announced a tidy pre-tax profit of £11.1m.

The Gunners released their latest financial figures for the six-month period ending November 2014, revealing a £12.6m increase in turnover to £148.5m and a £93.7m investment in the squad last summer.

Sir Chips Keswick said in a statement: “Our commitment to investment in the squad was evidenced by a record level of expenditure on players joining during the summer with the acquisitions of Calum Chambers, Mathieu Debuchy, David Ospina, Alexis Sanchez and Danny Welbeck.

“The recent acquisition of defender Gabriel from Villarreal will take our total transfer expenditure for the year to well in excess of £100 million. This substantial investment has inevitably led to increased amortisation and wage costs in our profit and loss account but, crucially, this remains at a level which is consistent with our principle of affordability and which is financially sustainable in accordance with the requirements of the applicable regulatory regimes.”