Reports are out claiming that Arsenal have registered their interest in Mirko Vucinic with Juventus. 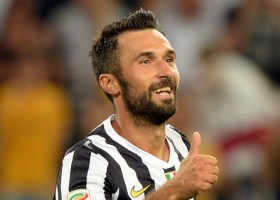 It is said that Vucinic has seen a move to Inter Milan collapse this week.

The London Evening Standard reported that the Gunners have indicated they remain open to discussing a loan bid for the 30-year-old Montenegro international.

Juventus had originally suggested they were only interested in a permanent transfer, valuing Vucinic at around £8million, but Arsenal preferred a temporary arrangement.

With Vucinic keen to leave Turin, it remains to be seen whether Juve’s position will change.