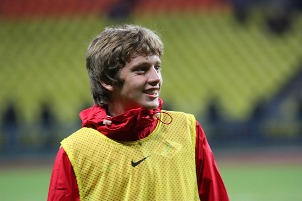 It has been reported that Arsenal will face competition from Liverpool for Georgian wonderkid Zhano Ananidze.

It has been reported that Arsenal are already tracking the 17-year-old Spartak Moscow midfielder.

Spartak sporting director Dmitri Popov insists the club will not listen to offers till Ananidze is at least in his 20’s.

Popov told reporters that he has read the stories and the list of clubs that are interested does not surprise him, especially the first two as they are built on continually searching for new talent.

However Popov added that Spartak have not received any formal offers for the player and that the club do not intend to consider any offer for the next three or four years.