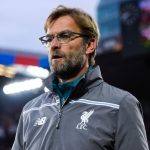 The Mirror says Liverpool could miss out to Arsenal for Vardy after the Reds were unable to trigger the England star’s release clause.

The Gunners are in talks to sign the Premier League champions’ leading scorer after they submitted a £20million bid which activated a release clause in his current Foxes deal.

Jurgen Klopp’s side are also interested in signing the 29-year-old and have offered him a bumper £140,000-a-week, but the release clause is only available to Champions League clubs.