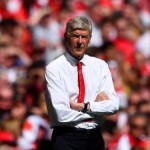 Reports in Portugal claim the young shot-stopper has put pen to paper with the Gunners, despite being the subject of interest from Manchester United.

Virginia reportedly impressed the Red Devils during a trial earlier this year, but it appears he has chosen not to move to Old Trafford, instead opting to join Arsenal on a four-year deal.