It has been revealed that Arsenal legend Marc Overmars has described his time at the North London club as the ‘best period’ of his life. 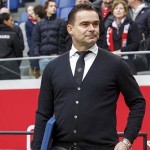 The Dutch winger signed for the Gunners in 1997 and played a vital role in the double-winning season of 1997/98. He eventually moved to Barcelona in 2000 after spending three years in the Premier League.

Overmars heaped praise on midfield teammate Ray Parlour for the work he did in allowing the side’s more attacking players to have more creative freedom, indicating that this scenario helped the club achieve success during this period.

“In that period we were playing and feeling like we were unbeatable,” he told Arsenal Player.

“It was the best period of my life as a footballer.

“We had Ray Parlour who did extremely well. He delivered so much power and work rate so that I could be more risky up front because Ray was doing a lot of defensive work, and that’s the same for Emmanuel Petit and Patrick Vieira.

“They let me play a bit higher up which is why I could score more goals.

“In an English team, it doesn’t matter if it’s Arsenal, Chelsea or United, you have to get a base of the English players, like Ray. That’s my opinion, because then it’s good to have that connection with your supporters and the area around you.” We Will Make It Difficult For Arsenal – Alex Bruce