Bad news for all Arsenal fans as the club have been hit by an injury blow to Mathieu Flamini. 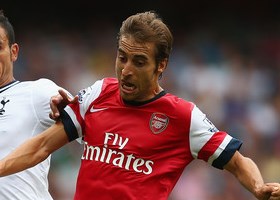 The French defensive midfielder has been ruled out of their next two games.

The influential midfielder is out of Saturday’s Premier League clash with Liverpool at the Emirates with a groin strain and will also miss Wednesday’s massive Champions League group game against Borussia Dortmund.

The bosman signing from AC Milan is hoping to return for next Sunday’s league game at Manchester United, but there are no guarantees. Arsenal Locked In Talks With The Agent Of Adrien Rabiot