According to reports from SkySports, long-serving Arsenal director Lord Harris of Peckham insists boss Arsene Wenger will be fully backed by the board again this summer. 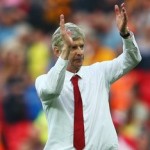 Harris is adamant the Gunners remain ambitious to challenge for the top honours, and he claims there are very few players the club would not be able to afford.

“We want to win the Premier League and the Champions League. If we buy two or three players then I think we can, “Harris said in a local newspaper.

“We will support Arsene with the players he wants to buy. He has always been encouraged to spend.”

Harris reckons only Barcelona talisman Lionel Messi, and Real Madrid duo Cristiano Ronaldo and Gareth Bale would be out of Arsenal’s reach this summer.

Although Harris refused to divulge the budget available to Wenger, he did confirm the club would be willing to allow Wenger to once more break the club’s transfer record.

“If Arsene has asked for any player then we have always backed him to go and buy. With the exception of Messi, Ronaldo or Bale, we could buy most players.”