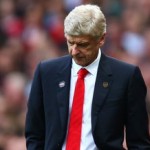 Arsenal boss Arsene Wenger admits concern over losing more ground on the leaders after their draw with Hull City.

Arsenal have now not won in the Barclays Premier League since September 20 and are some 11 points behind leaders Chelsea in sixth.

Wenger said: “Of course I cannot say it is not a concern, it is a big concern because the other teams win their games and we don’t.”