Arsenal boss Arsene Wenger has admitted that he ignores criticism on social media and talkback radio. 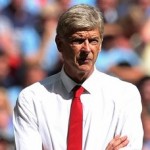 The 64-year-old Frenchman ignores his detractors by never looking at social network websites and claims he did not even know radio phone-ins existed until recently because he has been too busy listening to his favourite pop songs.

“The only thing I can say on social networks is anybody can insult anybody even if it’s not true and that is maybe a weak point of the modern social networks,” said Wenger.

“You can be tomorrow insulted by anybody without any defence.

“We had that debate at the managers’ meeting recently, where some people felt victimised by the social networks, but we cannot stop that.

“We have to live with that and maybe reinforce our solidarity and be stronger inside the clubs. And maybe there is time as a manager to have stronger beliefs than ever, because we are more questioned than ever, and that’s maybe the new challenge we face. Everything we do is questioned and sometimes people are right, we make mistakes.”

“You know there is a thing, on the radio, a debate where people call in,” said Wenger. “I didn’t even know it exists. I am here for 17 years.

“I took a great lesson in Japan, because in Japan at the start, I could not understand, or read, anything. So even a journalist who said I was absolutely useless, I welcomed him the next day in the press conference.”

Asked what he listens to when he is driving, instead of football radio shows, Wenger replied: “Classical music or pop music from the Seventies and Eighties.”