Reports have emerged claiming that Arsene Wenger and Eric Cantona are among the top 10 most influential people in the history of the Premier League. 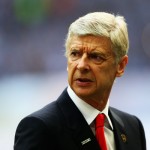 The Daily Mail recently ran a countdown of their 50 most influential people in England’s top flight since its inception in 1992 and today released their top 10.

Among those included are Arsenal boss Wenger and former Manchester United star Eric Cantona while famous names such as Mourinho, Abramovich and Beckham were also front and centre.

But at the top of the list, to no surprise, is Sir Alex Ferguson.

The Scottish tactician is by far the most successful manager in Premier League history with 13 titles to his name, making him a clear choice at number one.

Behind Fergie was Rupert Murdoch. The Australian-born American businessman was the pioneer for live pay-TV in Britain in the form of Sky Sports and his work in the early days has made the Premier League the most watched football league in the world.

And in fourth is Gunners gaffer Wenger who arrived in England without anybody knowing who he was but has etched himself into English football folklore.

Frenchman Wenger was one of the first managers to introduce sports science into his training regime and also changed the way passing football was played in the UK. He also famously guided Arsenal to an unbeaten season in 2003/04.

Daily Mail Top 10 most influential people in the Premier League There’s More Like Jamie Vardy Out There – Arsenal Boss Wenger