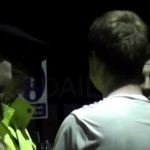 Wenger has spoken to the player about the incident – in which police had to intervene between a rowdy group outside Cafe de Paris at 2.15am – but is happy with Wilshere’s version of events.

“I’ve spoken to him,” Wenger said. “It looks to be taken out of proportion a little bit. These are matters that we like to keep internal. This is a completely private matter. I don’t know really what happened.

“There was no training session the next day. He had a day off. You can accept that sometimes the players go out and when they are free the next day, over the weekend. Overall, what is positive is that he works very, very had. The news looks quite good. I think he will have a good test tomorrow night.”