According to reports from BBC Sport, Arsenal boss Arsene Wenger has denied that he misled people about the severity of Danny Welbeck’s injury. 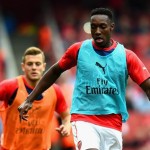 The striker has now been ruled out until Christmas with a knee injury – but Wenger says he told the truth when he informed the press on 27 August that Welbeck was “progressing well”.

“I am surprised that people accused me of lying. I did not know Welbeck had had a bad setback,” Wenger said.

“I gave you the information I had. I did not lie to you.”

Wenger had been hopeful that Welbeck would have been fit to return after the recent international break – but that changed soon after his weekly Friday news conference.

“I heard late on Friday night [27 August] that his condition had not evolved as well as we thought,” he added.

“He had needed specialist and needed further investigation.”