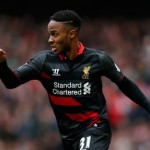 The Frenchman is well aware of agent Aidy Ward’s outburst on Thursday.

“I don’t want to single out people but discretion is the best way to deal with things because once it goes public it is very difficult to master and you have so many opinions. I can understand the media is interested in that but for us it always adds difficulties once it’s public.

“The agents are linked with the media many times and then their interest is to put the story public, and they do it. Even for the player, the best deals we have done have been when it is quiet, calm and secret.”