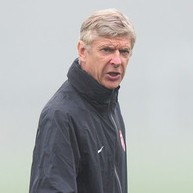 Arsenal manager Arsene Wenger insists that the club should not be battered too much for losing their first Champions League match in 43 outings at home last night.

The Gunners were beaten 2-0 at the Emirates Stadium by German club Schalke but Wenger has reaffirmed that the club is still determined to do well in Europe despite the negative result in North London.

Wenger also stated that Champions League qualification is more important to him than winning the FA Cup or League Cup.

“For me, there are five trophies,” he said at the club’s AGM in the wake of the loss.

“I say that because if you want to attract the best players, they do not ask ‘did you win the League Cup?’, they ask you ‘do you play in the Champions League?’.

“If everybody is absolutely devastated when we finish third in the league, I promise you I will not be here if you finish 15th one day.

“We did not produce a good performance last night, but let’s not forget it was a first home defeat in the Champions League for 43 games. Not many teams do that.

“I believe this team can deliver and I am optimistic we will have a good season and the players will show I am right.

“My job is to deliver a team with the resources we have, and I have never complained about that. I want a club to pay players from its own resources, there is no shame in that.

“It is still important that we keep our strength and stay united for the good of Arsenal, sometimes that is forgotten.”

Ozil Can Be The Best Player In The Premier League – Lahm