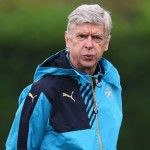 The Frenchman admits that when he first arrived in the Premier League 19 years ago, he could not understand the English obsession with ploughing on through a heavily-loaded Christmas programme.

However, having learned to embraced it, he has hit back at complaints by Louis van Gaal by telling the Manchester United manager to stop moaning and get on with it.

“I have a lot of respect for Louis van Gaal but I don’t agree with him on that,” Wenger said.

“Maybe it’s because I’ve been in England for such a long time.

“I had his ideas when I arrived here but today I would cry if you changed that because it’s part of English tradition and English football.

“To suppress the game on Boxing Day… The whole of Europe comes to England to watch the game. It’s a very important part of us being popular in the world, that nobody works at Christmas and everybody watches the Premier League.

“So I want to go on with it, yes. I always pleaded for a break after January 1, but we have to keep this tradition alive.”