Reports are out claiming that Arsene Wenger has hit back at Pep Guardiola following the Spaniard’s ‘long ball’ jibe. 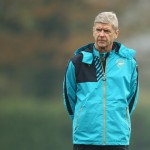 Arsenal claimed a fine 2-0 victory over Bayern Munich in the Champions League Group stage encounter last month but following the game, Bayern boss Guardiola was not left too impressed with the Gunners’ ‘defensive’ tactics.

The French tactician said: “We didn’t only want to defend, but we organised ourselves to defend well in certain situations. When Bayern dominate we have to focus. So we changed and played on the counter.

“We had two weapons, on the counter with Theo Walcott and a bit more direct and vertical with Giroud. It worked in the end.” Olivier Giroud Determined To Prove Himself In England