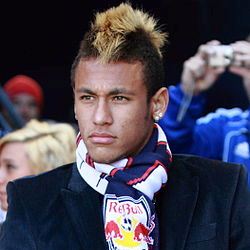 Interesting news are out and it has been revealed that Arsene Wenger has admitted that he would love to sign Santos sensation Neymar.

The £40million-rated Santos ace, 19, is the world’s most sought player with Chelsea having already tried to sign him.

The Arsenal boss said: “If I had the money today, I’d put it on Neymar.

“You can’t say that Neymar is Pele as he had won the World Cup by the age of 17.

“He has the potential to be one of the future great strikers but at the moment there’s a big difference between the Brazilian league and a European league.”