It has been reported that Arsene Wenger is willing to put his money on the line in regards to whether or not Arsenal will end up having a successful season. 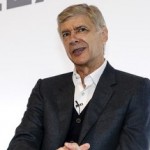 The Gunners were beaten 2-1 at home by Manchester United on Saturday to fall to eighth on the Premier League table with the loss also condemning them to their worst domestic start to a season in 32 years.

Many pundits have uttered the word ‘crisis’, which is thrown a lot these days, when analyzing the north London club but Wenger is extremely confident that they will come out of their mini-rut and produce a campaign full of accomplishment.

“I personally feel there’s a very strong bond inside the team and the club, and I feel this team will have a very strong season. I’m ready to bet with you on that,” said the Frenchman.

“When you’re such a long time in football you don’t really understand anymore what ‘crisis’ means. I must get to the dictionary and look at it well again.” Arsenal in race to sign Aubameyang the “African Neymar” (Video)