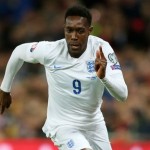 Reports are out claiming that Arsenal boss Arsene Wenger has no doubts Danny Welbeck is a better player for leaving Manchester United.

Welbeck scored the winner at Manchester United in their FA Cup tie earlier this year.

“I don’t overlook him personally because he plays many games for us. He’s an important player who contributes.

“He doesn’t just score goals but contributes to team work too, he’s a team player.

“Technically he has improved a lot when you look at him now. Technically he is much more mature and composed in front of goal. The quality of his runs are also better.”