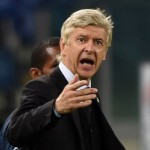 Debate has raged over Wilshere’s best position, but Wenger believes his strengths demand an advanced role.

“Jack was always a boy who was at his most dangerous in the final third. That’s why I prefer him to play higher up the pitch,” Wenger said.

“One of his qualities is penetrating in the final third, but I’m not against him being defensive. He can do both because he is a good footballer.

“For a long time he didn’t kick the ball well because of his ankle injury.

“The big difference now is that he stays on the feet, whereas before for a while when he was not as confident to push on his ankle he would go down.

“Now he has that solid aspect to the game he had before he was injured.”