Reports are out claiming that Arsenal boss Arsene Wenger says it’s always been his dream job. 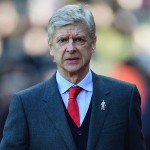 Wenger has spoken about his trip to Arsenal’s former ground Highbury, where he claims he first fell for the north London giants.

“I remember the first time I visited Highbury, I was on my own and it was January 2, 1989,” Wenger told Arsenal Magazine.

“I had been in Turkey two days earlier watching Monaco’s next opponents in the European Cup and I had to fly back on January 1, but I saw that in England they play football at that time of year so I decided to fly back from Ankara to France via London to watch a game first.

“I immediately thought that football in England was great. There was a fantastic atmosphere at Highbury and I just wondered ‘is everywhere like this? – even at that time I thought it would be great to be part of that.

“Obviously on that day I could never imagine that I would come back one day as manager, it was not even in my head.

“It was just a coincidence because on that day I first met [former vice-chairman] David Dein and from then on we developed a friendship.”