It has been reported that Arsenal boss Arsene Wenger has ruled out buying a new striker this summer. 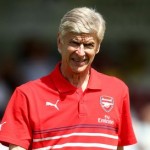 With Yaya Sanogo unlikely to be considered ready for regular action and Lukas Podolski not trusted to lead the line, it would leave Olivier Giroud as Arsenal’s only out-and-out striker unless Joel Campbell can convince Wenger he can provide competition.

“Up front we don’t need any more,” said Wenger.

“It’s not especially for numbers. We need a goalkeeper for sure and after that it depends on how our midfielders get through without injuries until the start of the season. Maybe at centre-back we’ll still bring one in.”