It has been reported that Paul Merson believes Arsenal need to bring in better players to their squad if they want to be successful. 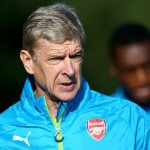 The former Gunners ace was critical of Arsene Wenger’s side in the wake of their last-gasp 2-1 Champions League win over Anderlecht and suggests the Frenchman has to buy some more quality in the winter transfer window to compete with the likes of Chelsea and Manchester City.

“I’ve seen some lucky teams in my time but that is the luckiest I’ve seen for a long, long time,” said the Sky Sports expert.

“That was as bad as it got. I thought Dortmund was bad, but that was really bad.

“This is Arsenal Football Club – you can’t go to Anderlecht and put in a performance like that. When they get into the later stages of this competition, they’ll just be blown away.

Merson added: “I’ve worked under Arsene and I think he’s top drawer. If he left Arsenal tomorrow, every football team in the world would want him in charge.

“I don’t see that the problem is the manager, I just think they need to start spending money.

“It’s like Arsene feels it’s his money and his responsibility to look after the club. No, spend the money, go out and get a holding midfield player and a world-class centre-half.

“Then Arsenal will be three-quarters of the way there to being a very, very good football team.”