It has been reported that Arsenal boss Arsene Wenger refuses to write off Manchester United’s title threat. 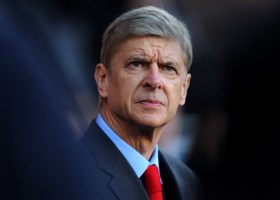 However the Frenchman argues: “The bookies have an opinion that you can understand because they just look at the table.

“I wouldn’t rule some other teams out like Manchester United.

“It’s a bit early to make any prediction on the championship.”