Reports are out claiming that Arsenal boss Arsene Wenger insists Danny Welbeck and Olivier Giroud can play in the same team. 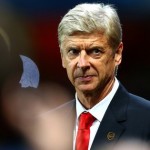 The French tactician believes the pair will be able to forge a partnership.

He said: “Welbeck and [Giroud] can play together in the centre or separately.

“Welbeck also played on one side to Manchester United. Welbeck played in the same team with [Wayne] Rooney and [Robin] van Persie. He can play down the sides.”