Reports are out claiming that Arsenal’s Arsene Wenger insists there were no pre-game issues with Alexis Sanchez on Sunday. 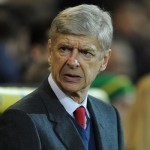 The Chile international had picked up a slight hamstring strain in Tuesday night’s Champions League win over Dinamo Zagreb but was fit to start the Premier League meeting with Norwich City at Carrow Road.

Sanchez went down clutching the same area before he was replaced by Joel Campbell on the hour-mark, sending scares through the Gunners camp, but Wenger was remaining calm when assessing the injury to reporters after the 1-1 draw.

“The players are there to play football and not to be rested and not for the press to decide if they need to be rested,” said Wenger.

“He says it is a kick on his hamstring, I believe that is not really the reality. I fear it is not the reality.

“At the moment we have – on the striker front – not much choice. Maybe the travelling as well to South America….I would have rested him today but he felt perfectly all right before the game and he declared that he had no problem,” he said.

“We checked it (Sanchez’s hamstring). When you have normal force and normal stretch there is no problem and he had that.

“Nobody is scientifically developed enough to predict when a guy will be injured. I must say with all humility we are not in a position where we can predict (injuries) despite all our tests.”