Reports are out claiming that Arsenal boss Arsene Wenger says the days of the established top four is over. 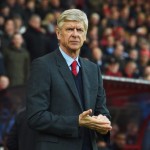 BT and Sky will pump £5.1billion into football next season and level the playing field for all.

No longer will the likes of Manchester City, Manchester United, Chelsea and his own club Arsenal romp away with the spoils, says Wenger.

He said: “First of all, I have always defended the idea that it is not only money that is important in football. I was criticised for that.

“So I will not today say that it is absolutely not normal that Leicester is there. And I believe as well with the new income of the English clubs, the Leicester example will happen more and more.

“For sure. Because the English clubs will get £100 million from television next year. They can buy anywhere in the world what they want.

“So I think the league will be more level for all. The traditional top four will change, for sure.”