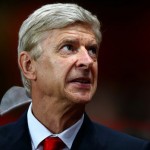 Steve Bruce’s side face Arsenal today for the first time since the FA Cup Final when the Gunners came from 2-0 down to win their first trophy in nine years.

Wenger said: “Maybe they have done the best business, yes. Look at the quality of players they got in, you can say they bought top quality.

“The Hull game for us is just a remembrance of a big sweat because we played against them in the FA Cup Final in a very difficult game.

“They could not use [Nikica] Jelavic in the Cup last season and since then they have bought Diame and Hernandez. They have bought some good players. When you look at their team sheet now, it looks like a team that can beat anybody.”