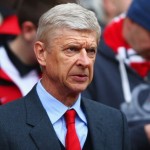 Reports are out claiming that Arsene Wenger knew that UEFA could not continue down the same path as it had been going with Financial Fair Play regulations.

With news that UEFA president Michel Platini is set to ease FFP restrictions in the summer, the Arsenal manager always felt that today’s economic climate in Europe would force this result.

“I saw it coming,” said Wenger.

“I got the noises: resistance in France, many countries, Italy for example, where people want to sell their clubs. Milan is for sale, Roma is for sale and people who invest their own money want to make sure they can do what they want.

“UEFA and FIFA do not have the same power as they had 10-15 years ago. Everything can be challenged.” Big blow for Arsenal as Diaby is ruled out for nine months!