Reports are out claiming that Arsenal manager Arsene Wenger was a relieved man following the 3-0 Champions League victory over Dinamo Zagreb on Tuesday night. 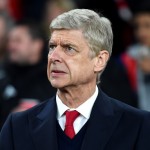 The win at the Emirates Stadium means that the Gunners’ future in the tournament is now in their hands.

The North London club will qualify for the knockout stages if they can beat Olympiakos by a margin of two goals in Athens on December 9.

The French tactician said: “We have chance. How big, I don’t know, but we have a chance. I felt we still had a chance but the result on the night against Bayern was bad for us as well because Olympiakos won in the last minute at Zagreb.

“Then it didn’t depend only on us but now at least we come out of tonight with a chance to make right what we haven’t done up to now.