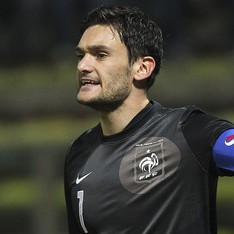 It has been revealed that Tottenham outcast Hugo Lloris could be playing for this weekend’s rivals Arsenal.

The Daily Mail revealed that Gunners manager Arsene Wenger was a serious contender to sign the 25-year-old during the summer.

Arsenal – who will attempt to sign a new keeper in January – had Lloris watched extensively by scouts last season as it became clear he would be available.

The Gunners were even readying an official approach but eventually decided his £16million asking price was too much while there were also lingering doubts over how he would cope with the physicality of English football.

Wayne Rooney : I’m Not Ready To Play In Midfield!