Reports are out claiming that Monaco vice-president Vadim Vasilyev has rated Arsene Wenger as ‘one of the great coaches’ in the French club’s history. 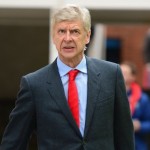 The Arsenal boss was in charge of the Ligue 1 outfit between 1987 and 1994, winning one league title and one Coupe de France, before moving on to Japanese side Nagoya Grampus in 1995.

Wenger then found himself in north London with the Gunners the following year and has not looked back which Vasilyev touched on in an interview with the Daily Mail.

Monaco take on the Gunners in the Champions League Round of 16 first leg at the Emirates Stadium on Wednesday night and Vasilyev was full of praise for the former Les Rouges et Blancs boss.

“Wenger is revered as one of the great coaches in Monaco history and one of the iconic coaches in modern football,’ said Vasilyev.

“We have to accept Arsenal is a different level in European football. He has been there for nearly 20 years and done an amazing job.”

Vasilyev also rejected claims that Wenger would one day return to the managerial hotseat at the Stade Louis II.

“We have the greatest respect but to come back to Monaco is not on the agenda. We are going for coaches who still have to grow and prove themselves and develop as part of the project,” he added.