It has been reported that Arsenal can have Kieran Gibbs’ looming suspension switched to Alex Oxlade-Chamberlain after yesterday’s red card fiasco at Chelsea. 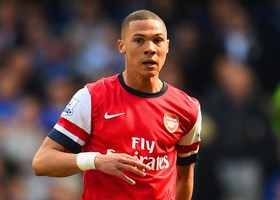 Oxlade-Chamberlain dived to keep out Eden Hazard’s seemingly goalbound shot and stopped it with his hand.

However instead of dismissing him ref Andre Marriner chose to give Gibbs his marching orders instead.

Former Premier League referee Dermot Gallagher confirmed on talkSPORT that if the red card is rescinded retrospectively the ban can be transferred to his teammate.