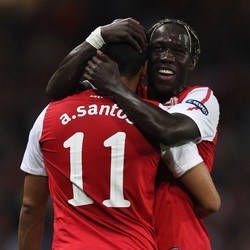 Arsenal have confirmed that their annual tournament, the Emirates Cup, will not take place next year because of the 2012 Olympic Games.

The Gunners hold the competition each year prior to the start of the Premier League season but with the London Games scheduled from July 27 to August 12, chief executive Ivan Gazidis says it will not go ahead next summer.

“Although we are disappointed that we cannot stage the Emirates Cup in 2012, we completely understand and accept the situation,” he said.

“Over 100,000 people have attended the Emirates Cup each year since we introduced the competition in 2007, and this would have only added to the demands on London’s infrastructure during the Olympics.

“Of course, we would have preferred the Emirates Cup to have been staged in 2012, but we completely respect the situation and like everyone, are fully supportive of, and looking forward to a successful London 2012 Olympic Games.

“We are already planning ahead to bring three high profile clubs to Emirates Stadium for 2013.” Arsenal’s Santi Cazorla Looks At Four Months On The Sidelines