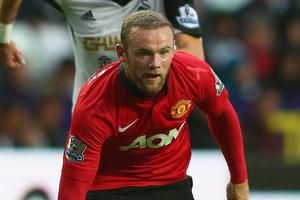 The Daily Star revealed that there is growing confidence at the Emirates that the Gunners can hijack Chelsea’s bid to sign the Manchester United man.

The want-away England international has re-emerged as Wenger’s top target as he tries to capture at least four players before Monday’s deadline.

United have maintained all summer that Rooney is not for sale and are adamant he won’t be allowed to join Chelsea, who are preparing a new £40m bid. But Arsenal feel that privately they have received encouragement that United would be willing to do business with them.