It has been reported that Liverpool face competition from Arsenal for PSV Eindhoven winger Zakaria Bakkali. 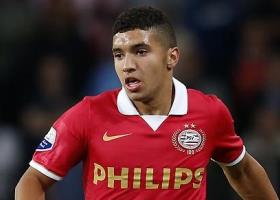 The 18 year old Belgium international has attracted enquiries from Liverpool and Real Madrid in recent days.

However, Arsenal are also very keen on Bakkali.

“Arsenal have kept an eye on him and are aware that other teams want him, so could move in the summer to buy him.”