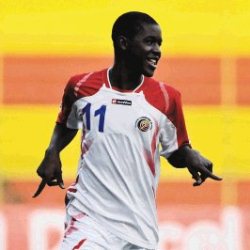 Interesting transfer news are out and it has been revealed that Arsenal are keeping tabs on Deportivo Saprissa striker Joel Campbell.

Campbell has the biggest clubs on the continent chasing his signature, with the likes of Juventus, AC Milan and Barcelona all jockeying for his signature.

Arsenal could also be closing in on the talented youngster, with club executive Richard Law having been filmed arriving in Costa Rica for talks over Deportivo Saprissa over Campbell.

The 19-year-old impressed in the Copa America. I Can Continue Improving! – Olivier Giroud