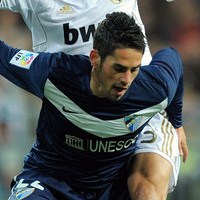 Malaga attacking midfielder Isco is a £5 million target for Arsenal.

The Daily Star reported that Gunners boss Arsene Wenger wants the 19-year-old as part of his summer rebuilding plans.

Wenger is rethinking his approach at the Emirates in the wake of the humiliating 4-0 defeat by AC Milan.

And that will mean a summer delve into the transfer market to bolster his squad.